Skip to content
Home5 Signs That Will Let You Know If You’re In a ‘Dying’ Fandom!

Okay, picture yourself having finished watching an anime title, and immediately jumping on the web to chat it up with your online fan buddies afterwards. You then do a  Google search on the series that you’ve just finished watching, and find tons and tons of fan material on it. (i.e. fan fiction, fan art, cosplay pictures, etc.) Whenever you find out another person likes the series you’ve just watched, you instantly become friends. Everything about the series you’ve watched is awesome; the story, the fandom, the whole nine yards!

Okay, now fast-forward ahead by ten years. Do a Google search of the same series that you’ve watched ten years ago, and see if people are still talking about it online. Head to any fan fiction or fan art site and see if those same stories and artwork from the fans you met back then, are still visible on the site. Notice anything different? The fan fiction stories you’ve once read are not there anymore (or not being posted as often), cosplay pics from the series are scarce, and if you go to an anime convention, only two people out of 40,000+ attendees cosplay as the characters from the series you’ve just watched.

We’ve all been there, but what do you do about it? Before we answer that question, here’s five ways (or five signs rather) to identify if you’re in a fandom ‘Dead Zone’. 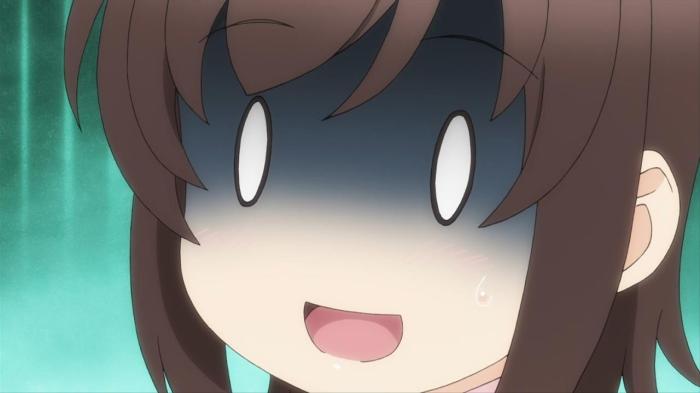 5. When its Original Source Material Disappears

The digital age is more powerful today than it was when it first got started. Many ways anime producers got their product out to the masses (and is still relevant today) was through movie advertisements, commercial promos, and now, social media! It’s so easy to promote anime and share it with the fans in this modern day and time, but what happens when fans can no longer find source material on the title(s) that they’re passionate about? Does it mean that the fandom is dead? Not entirely…

Anime conventions are a part of the otaku lifestyle, and with that comes the ‘usual suspects’ of cosplay. (i.e. Naruto, SAO, DBZ to name a few.) A. Goldman an I were big fans of Negima! Magister Negi Magi when it first came out (before Sentai Filmworks bought the rights from FUNimation), but after ten years of going to cons we’ve only found one or two souls cosplaying as Asuna, Ayaka, or Negi Springfield – out of 40,000+ people.

3. When it’s Infected with Trolls (aka Internet Cockroaches)

Or as we like to call them, ‘Internet Cockroaches’. There are many great fandoms out there who have diehard fans in them, but at the same time you also have to worry about the many cockroaches that crawl around on the dark parts of the chat room. This is very troubling for current fans in the fandom, and makes it easy for them to manipulate new fans to turn against the current ones through lies and deceit. If you want to save your fandom from evil, digital heroes (like OWLS) are only a tweet away…

2. When New Fans question the mental state of Old Fans of said Fandom

There are fandom trolls, and there are ‘fandom asylums’. Nothing will drive a new fan away from a fandom better than a ‘toxic environment’ created by existing fans’ digitally ill-willed actions. The My Little Pony fandom is a prime example of this, as many fans of the show are rather hesitant in identifying themselves as ‘bronies’ because of the negative reputation its been getting.

1. When a fandom loses its Core Values

That is the fandom-killing blow of any fandom! If an anime title is promoting peace and fighting against discrimination of any kind, you would expect that the fans of its fandom would follow the same mantra in their groups, or meetups. Once a fandom forgets the core values of the title from which the values are portrayed, then the fandom is nothing more than a ‘hollow shell of a lost cause’. This means that younger generations of the fandom will know the characters of the fandom’s title, but not the real message behind it. And that is a crying shame.

There are many symptoms that can be spotted and identified when it comes to being in a dying fandom. However, it is difficult for a fandom to actually ‘die’. If there are two or more people still talking about a title, movie, or a show years after its ended, then its fandom is not truly dead. Small fandoms are not dying fandoms just because there’s not a lot of activity going on in them, where as if a big fandom falls, it falls hard. Fast!

One thought on “5 Signs That Will Let You Know If You’re In a ‘Dying’ Fandom!”