A ronin with superior katana skills and a love for sake, Ran Tsukikage is the main character of the short samurai anime series Carried by the Wind: Tsukikage Ran. Although she seems to have an uncaring personality; either due to the fact that she doesn’t have money to by sake or can’t get any at all, Ran will help out others who are too deep into trouble to help themselves. That’s just one of the many reasons why we’ve inducted her into our Sengoku Ladies Hall of Fame. (06/10/17) 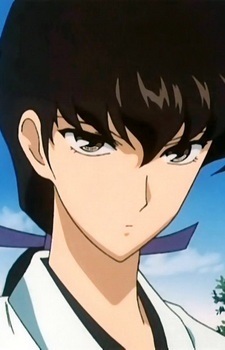 As a member and the leader of the Dark Samurai, Musashi is a hot-blooded samurai who’s not afraid to take on anyone that’s able to use two swords like her. Due to the fact that she was improperly resurrected, she wears headphones to filter out unnecessary things during battle. Aside from that Musashi is a skilled master samurai who is able to rival the skill of Jubei Yagyu, and that’s what makes her our Samurai Hall of Fame inductee for this week! (05/27/17)

Kagerou represents 1/4 of the samurai assassin squad named the Manyuu Assassin Squad, and is also the twin sister of Kasumi Manyuu. She is rather skilled in the art of swordsmanship and enjoys being an assassin. However, she doesn’t like to lose in battle, nor does she like to have her boobs shrunken due to the fact that she lost in battle. (05/06/17)

Shiki Ryougi possesses the Mystic Eyes of Death Perception and is also quite a skilled swordswoman when it comes to wielding a katana. Both of her parents were members of a Demon Hunter Organization who’s skills involved them giving their children two different personalities. (Shiki or course happens to be the only one with three total personalities.) With her various set of advanced combat skills and swordsmanship, we’ve elected Shiki Ryougi as our Hall of Fame Sengoku Lady for our Samurai Hall of Fame! (04/22/17) 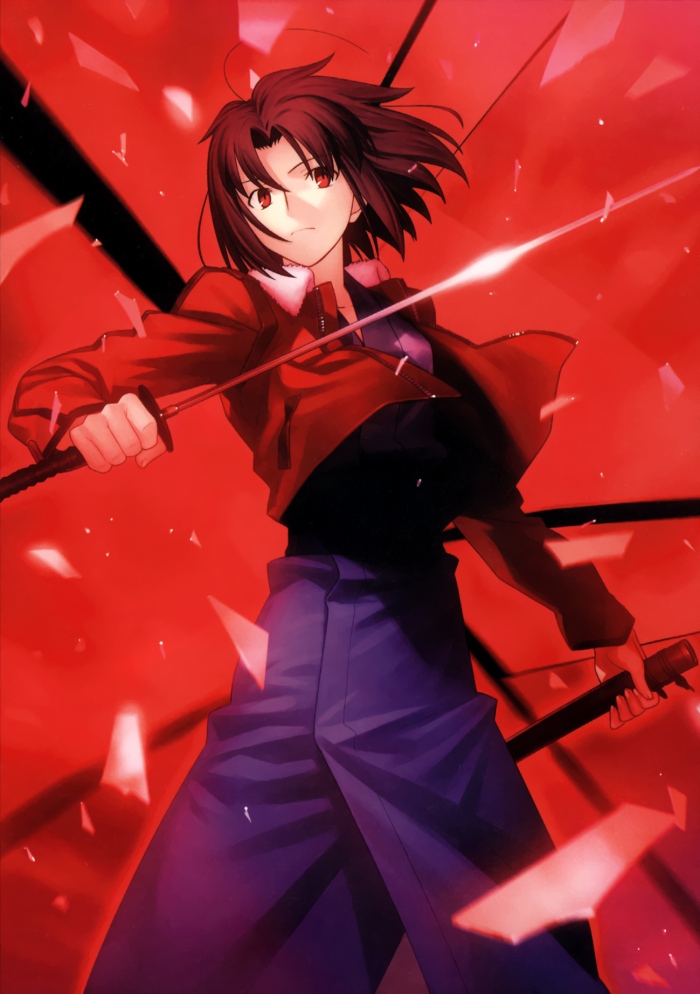 If you’re familiar with the video game turned anime known as Sakura Wars, then you pretty much know about our Hall of Fame inductee, Sakura Shinguji! She is a swordswoman who’s heroic, kind, clumsy, and a little bit naive, however she’s able to overcome that and become a well respected member of the Flower Division, and her comrades. Having a drive such as that is one of the reasons why we’ve decided to induct her in our Samurai Hall of Fame! (04/08/17) 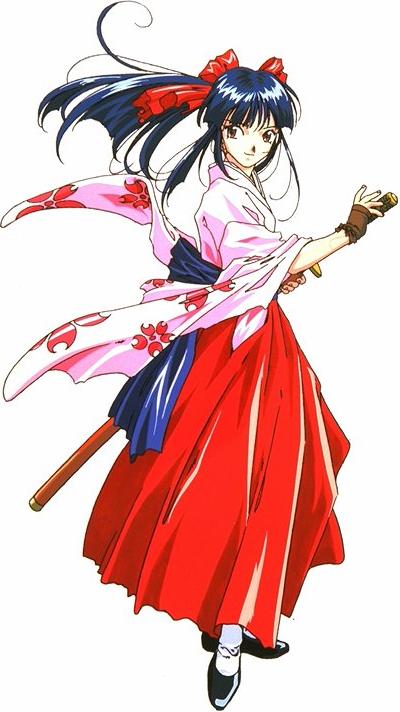 A ronin samurai from Hinomoto, Izumi taught herself how to fence in battle while she lived in a town of farmers. She proclaims her style to be her “Warrior God Fencing Style”, and hates losing more than any of her fellow comrades. She possesses a huge nodachi katana named “Saodake”, and can also play a whistle made from seashells that will boost the strength of her friends as well as herself. It’s skills like that that make Izumi a wonderful addition to our Sengoku Ladies Hall of Fame! (03/25/17) 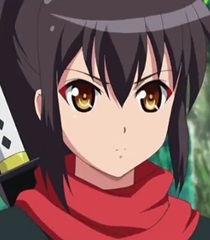 She’s a Manyu assassin as well as Muneyuki’s bodyguard in the samurai anime known as Manyu Hiken-Cho. She’s not the kind of person to show any mercy to her opponents during a battle, and even has the swordswoman skills to back it up! After losing a battle to Chifusa Ouka has now become flat-chested and ignored by the rest of society, until she was found by Muneyuki and soon became his bodyguard. Not to worry Ouka, thanks to your superior samurai skills you’ve become one of our Sengoku Ladies in our Samurai Hall of Fame! (03/18/17)

The most skilled swordswoman in the ranks of Night Raid, Akame is not far from being one of the fan favorites in Akame ga Kill. (In fact she’s the title character of the show!) She along with the rest of the members of Night Raid fight against danger beasts while on the run from the bounty that’s hunting them down. Of course when it comes to her blade Akame can kill/poison her opponents with just one slash, which is just one of the reasons why we’ve inducted her into our Samurai Hall of Fame! (02/25/17) 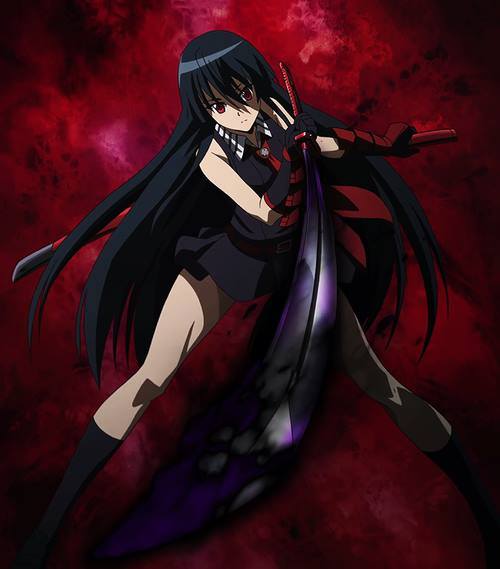 As a descendant of the legendary Jubei Yagyu (not the Hyakka Ryoran version), Kyuubei possesses the same qualities and attributes in her swordsmanship capabilities that you would find inside the legendary samurai himself. Although she comes across as cold towards her friends and comrades, Kyuubei follows the noble code of the samurai and respects them to the fullest. A rather nice addition to our Samurai Hall of Fame. (01/28/17)

The younger half of the infamous Anarchy Sisters, Stocking is a gothic lolita angel who can transform her stockings into striped katana (named Stripe I and II). Her samurai-like skills with her weapons has deemed her a master at her craft, as well as having a master obsession with sweets and BDSM. She’s not crazy about sex like her sister is, however she does display hints and tendencies of her own sexual deviancy. Aside from that she has skill with her blades as well as on the pole, which is why we’ve nominated her as our Sengoku Lady in tonight’s Samurai Hall of Fame! (01/07/17)

She is a Flame Haze who bears the appearance of a girl between the ages of 9 and 13. As a Flame Haze of the Crimson Realm, her mission is to destroy other denizens that dare try to disrupt the order of things between the human world, and the Crimson Realm. In the series Shakugan on Shana, Shana is known to be very intellectual and is well versed in using her katana in battle. Guess its safe to say you CAN fight fire with fire if you have this girl around. (12/17/16) 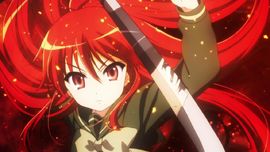 Although she’s masochristic, sadistic, and downright crazy, Tsukuyomi is more skilled in swordsmanship than many might think. She’s a mercenary swordswoman who’s a graduate of the Shinmeiryu School, and is Setsuna’s stalker. Even though she’s been downplayed in the Negima! anime, Tsukuyomi’s a force to be reckoned with in the manga as one of Fate’s girls. (12/10/16) 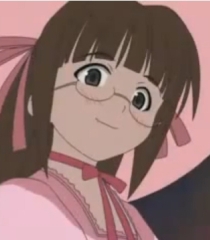 Master Samurai, honorable, skillful, sadistic, and a total badass! If you’ve seen Hyakka Ryouran: Samurai Girls then you know why we’ve inducted Jubei Yagyu into our Hall of Fame. After making a pact with her general (Muneakira Yagyu) this redheaded warrior became a Master Samurai; sporting a daisho set and a “Don’t mess with Me” attitude. In her base form she acts like a ‘little sister’ to Muneakira, but as a Master Samurai she has great respect for him as a general. Just another reason why we’ve inducted her as a Sengoku Lady in our Samurai Hall of Fame. (11/26/16) 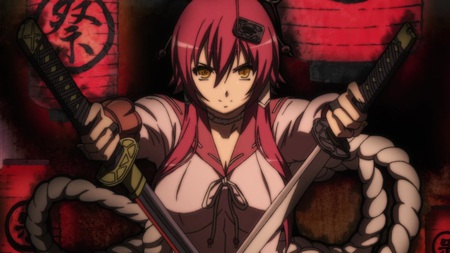 As a high ranking general as well as a samurai, Katsuie Shibata gets our vote as our Hall of Fame Inductee. She is a very skilled fighter who was an aide to Nobukatsu, but is now the retainer of his younger brother Nobuna. Its to no one’s surprise that she displays the persona that you’d find on a samurai general of her rank, of course in certain times (be it off the battlefield) you can see her acting like a typical girl. It’s all these things that makes Katsuie who she is, and that’s why she’s our Hall of Fame Sengoku Lady! 🙂 (11/19/16) 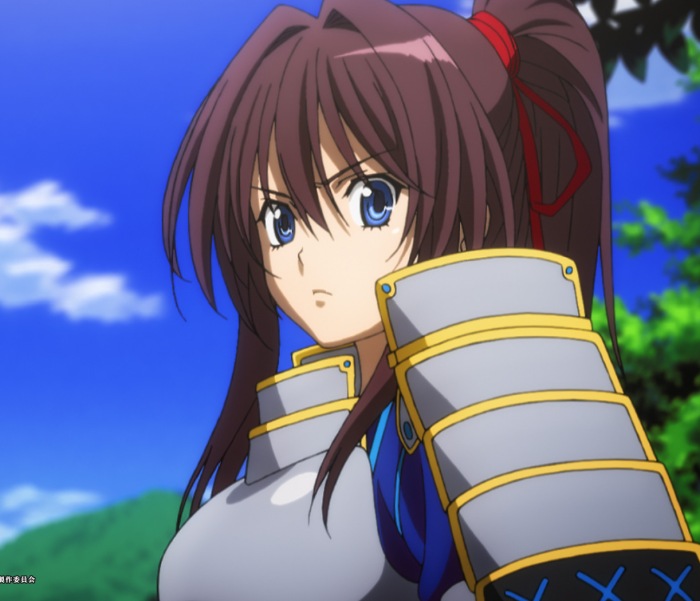 This female samurai warrior is a Ronin who loves Sake, a lot! Ran has the attitude that you would find in most samurai who live by the code; plus possesses the skills to back it up too! Her intelligent disposition makes her a classy yet dangerous woman who can swing a katana like nobody’s business, which is why she’s this weekend’s Hall of Fame inductee. (11/12/16) 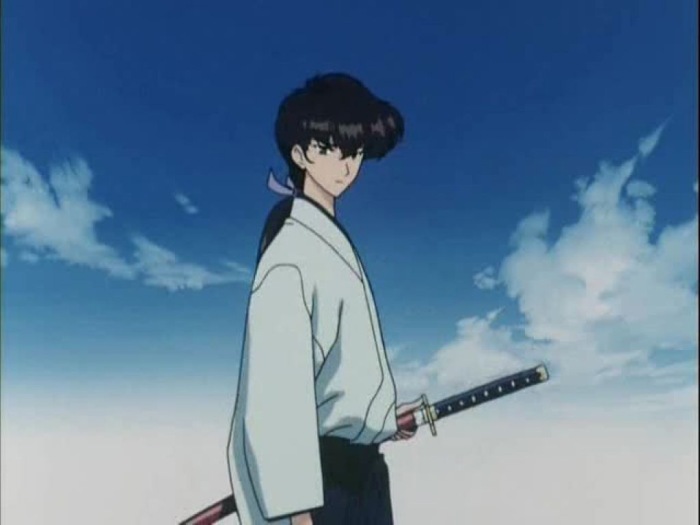 She is one of the four members of a samurai group known as the Dark Samurai in the second season of the samurai anime; Hyakka Ryouran. She’s not one to favor a true state of war in spite of the fact that she likes fighting strong opponents when given the chance. Because she was resurrected improperly through ‘mysterious means’, her eyes (which have not recovered) are able to see various things; including things that aren’t supposed to be seen. Despite this she is a skilled swordswoman who will not hesitate to prove to her opponents that she’s a force to be reckoned with! (11/05/16)

Hey guys this just it's the second microphone we've been waiting for it just arrived so today will probably be setting this up get ready guys this is gonna be one crazy studio can't wait to show you guys 😁😎👊🤘✌️#Studio #에니메이션 #코스프레 #셀스타그램
Somethings just came in And no they're not figures actually it's our equipment we've been waiting for and been trying to get it for a long time now and no guys we were not joking we actually did order our equipment and it's finally come in as you can see we ordered quite a bit these boxes are bigger than they look in this photo .😁🤟😎👊 #Studio #에니메이션 #코스프레 #셀스타그램
Hey guys don't know if you heard this but really cool news for those of you that are Dragon Ball Super fans you'll love this there is another Dragon Ball Super movie scheduled for 2022 we just got this information a little while ago direct from the producers and studios themselves all credit goes to these original creators and their licensing companies thank you. #에니메이션 #코스프레 #셀스타그램
It's that time of year and yes we're talking about cherry trees or some some people say Sakura blossoms I know it might be a little early for some for this particular tree has bloomed and looks gorgeous.😍😍🥰don't you all love ❤️ these trees they are so amazing and gorgeous one of our favorites enjoy.😁😊💕💕💕💕😎👊✌️👍.#에니메이션 #코스프레 #셀스타그램
Founder A Goldman here just wanted to share with you guys this photo was posted on my Facebook wall by a very well-known Voice actor from the 90s you guys may know her as the original English voice of frieza from dragon ball Z back in the 90s this message go's out to her thank you so much for posting and sending me this cool message on Facebook you are one of my childhood heroes even though you played A villain in dragon ball Z this means a lot to me thank you so much and shout outs to @lindasorta if you see this which I hope you do please come follow us as you're always welcome anytime thanks again and a massive shout outs shout outs to @lindasorta 💖😎👊✌️👍#에니메이션 #코스프레 #셀스타그램
D.J Lewis representing 1/2 of D&A Anime Blog. Hello ladies this is DJ Lewis check out my new headshot photos we hope you enjoy yourself!😎👊✌️. #에니메이션 #코스프레 #셀스타그램