70’s Anime of the Week is the 1970’s edition page of our Throwback Thursday drop down menu, and works the same way the 60’s, 80’s, and 90’s editions do. If you’re looking for some great anime (Japanimation) classics that came out during this decade in time, then this is the page that you’ll wanna check out!

If you’re looking for a classic Slice-of-Life anime title full of adventure, drama, and history, then Anne of Green Gables will be the title that you’ve been looking for. Adapted from the novel of the same name, the story is about a young orphan girl named Anne Shirley who is accidentally sent to Miss Marilla Cuthbert and Mr. Matthew Cuthbert, who originally wanted a boy orphan. Although surprised at first about the mix-up both Marilla and Matthew begin to listen to Anne’s sad tale about her past, as she gradually becomes a permanent and irreplaceable member of their family in the process. If you want to know more about this classic anime title, you can watch/stream the episodes on youtube, FUNimation, or any legal streaming site that has it. 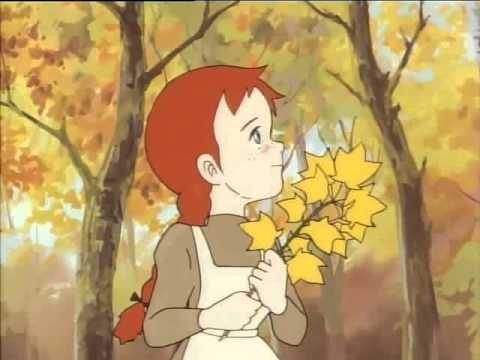 Mecha anime titles have been on the mainstream highway since the 70’s, and what we’ve got here is another classic one that we’re sure you’re gonna love! Grendizer tells the story of the Vega homeworld becoming unstable due to the Vegatron ore being exploited. The ruthless King Vega uses his armies to expand his empire and find a new home planet, buy conquering neighboring planets like Fleed; leaving the only known survivor of his family, Duke Fleed, to escape with the Grendizer. (The robotic version of the Fleedian God of War.)

After transitioning to our solar system, Duke settles in Japan and gets a job as a lab assistant to Doctor Umon; changing his name to Daisuke Umon in order to keep a low profile. However it wasn’t long until the Vegans managed to track down Fleed’s whereabouts through space, and establish a base on the Moon before setting their sights on Earth. In order to protect the new home and friends that he loves so much, Duke is forced to retrieve the Grendizer and fly off into space to deal with the Vegan menace once and for all! If you’re a lover of old school classic mecha anime, then you’re gonna wanna check out this series for yourself! 🙂

Before superhero themed anime titles like My Hero Academia and One-Punch Man, this was one of the original superhero/action-adventure that the 70’s kids have come to know. (Or at least have heard of.) Gatchaman is about five young teens (with the exception of one of them being about eleven years old) who are superhero ninja with great skills.

They work for the International Science Organization (ISO) in an effort to fight against a terrorist organization known as Galactor; with its leader known as Berg Kattse, who wants to control the Earth’s natural resources like water, oil, sugar, and of course uranium. Throughout the series they face giant monsters that have been sent by Galactor and Kattse, as they fight against them to prevent them from taking control of the natural resources that the Earth possesses.

Although there are many spin-offs as well as updated adaptations, there’s nothing like watching the real deal when it comes to a classic such as this. If you have yet to latch your eyes on this superhero anime classic, surf the web for it or latch on to youtube and check it out! 😉

For those of you who are already familiar with this classic title, this is known as the second incarnation of the first Lupin the III anime series. The story is about a man named Arsene Lupin III; the grandson of Arsene Lupin who was the Gentleman Thief. With his friend/ally Daisuke Jigen along with his friend/enemy Fujiko Mine, Lupin continues to evade being caught by Koichi Zenigata; a rather cynical detective that has dedicated his life to catching Lupin and putting him away for…well, even we don’t know the reason (so you’ll have to watch to find out).

This is one title that’s a must see if you’ve already seen the first Lupin the III, so check it out on your favorite online streaming site if you haven’t had the chance to see it yet! Just make sure its legal, okay? 😉

A classic 70’s anime title filled with adventure, sci-fi, romance, and drama. This title also featured the directional debut of Hayao Miyazaki, who we all know for titles like Spirited Away, Howl’s Moving Castle, and more. With the story being set in July of 2008 (their 2008, not ours) the world was on the brink of destruction by two warring nations.

Things got so bad, that earthquakes and other natural disasters started happening, causing the five continents to break off and sink to the bottom of the ocean. People started fleeing Earth in spaceships hoping to escape the apocalyptic scenario that lay before them, only for them to be forced back to earth and vanish.

However one spaceship crash-landed on an island after it survived all the surrounding devastation; with its crew members settling on the island as if it were their only home, which it was. As the years pasted many of the surviving crew members have died, only leaving a young boy named Conan, his grandfather, and a young girl whom he met named Lana. This throwback title contains a classic love story about a boy and a girl going on an adventure, while adjusting to new life in a post-apocalyptic world. If you haven’t had the chance to see this classic story directed by Miyazaki himself, you can look for it on youtube! (Or anywhere else that might have it.) 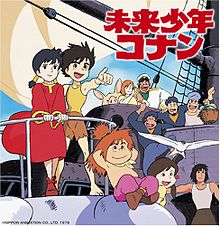 Loosely based on a small part of the novel known as Heart, this anime title is about a boy named Marco who lives with his family in Italy. due to their financial difficulties Marco and his family took various jobs in order to pay their living expenses; such as Marco’s Father becoming a hospital manager that helps heal sick patients, and his mother going to Argentina to work as a maid. She would send Marco letters to let him know that she was doing okay as a maid, but when the letters stop coming Marco feared that something terrible happened to her.

After taking his brother’s pet monkey Marco makes his way to Brazil (Argentina) to locate his mother, as he heads on a adventurous journey filled with various challenges and great allies/friends. This title’s genre is definitely classified as an adventure filled with a touch of drama, that’s set in a historical time period. (The depression of 1881 in Genoa, Italy.)

If you’ve never gotten the chance to see this classic 70’s anime title yet, then we encourage you to check it out! 🙂

There are many comedy-horror titles out there in the 20th century, but this Throwback Thursday anime title, is one of the most famous titles ever created in Japan! Dororon or Satanikus!, is about a character named Enma who hunts down ghosts who have escaped from Hell, alongside comrades Yukikio-Hime and Kapaeru. This title got a sequel in 2006 as Demon Prince Enma, and became a full forced horror series.  There is also a 2011 remake that aired in Japan known as Dororon Enma-kun MeeraMera. Although this title is lesser-known in the U.S. it’s actually a really good series, and if you’ve haven’t gotten the chance to see it yet, this is one comedy-horror anime title that is worth checking out! 🙂

Space trains, machine bodies, and immortality are just some of the few things that you’ll find in this classic 78′ anime title. This series was inspired by another series created by Kenji Miyazawa known as Night on the Galactic Railroad; which the storyline for Galaxy Express 999 was based off of. Tetsuro Hoshino is a ten-year-old boy who wants a mechanical body so he can be given the ability to live forever, however he begins to question that thought after traveling with a blonde woman named Maetel, who looks like his dead mother.

He and his mother were on their way to get jobs in Megalopolis to pay for the 999’s train passes, however a gang of human hunters killed his mother, leaving Tetsuro to fulfill his mother’s last wish and get on the 999 and get the mecha body that he and his mother had dreamed of. This late 70’s throwback title is a space western filled with adventure and drama, and if you’re a ‘Gen X’ anime fan, then this is a title that we encourage you to see! (If you haven’t already done so that is.)

This 1973 title was produced by Tatsunoko Productions in Japan, and is based off of a serialization from Terebi Magazine as well as Boken Oh. The story is about an android named Tetsuya Azuma who has a human conscious which makes him an artificial human. His father (Dr. Kotaro Azuma) created automatons who’s main purpose was to serve mankind, however his first creation named BK-1 (now renamed as Buraiking Boss or “Black King Boss”) was struck back lightning and went berserk. Now Tetsuya along with his comrades Friender; his robotic canine companion, and a rather beautiful girl named Luna Kozuki, must stop Buraiking Boss and his army from destroying mankind and taking over the world!

Here’s a lil’ something you may (or may not) know; Casshern Sins (2008) is actually the reboot of the original title, and Tetsuya is also a playable character in Tetsunoko vs. Capcom: Ultimate All-Stars. Guess it’s true what they say; “Everything old becomes new again!” 🙂