Welcome to the page!! Here we do reviews on some awesome anime OVA titles that you may, or may not have even heard of before. Check out what we got right down below! 🙂

There are many of us who know this classic 1999 title by heart, but for those who don’t we’ll be happy to tell you all about it. Hunter x Hunter is a story that surrounds a boy named Gon Freecss who thought that his own father was dead upon being told, but is in fact alive and well. After finding out this information (and also the fact that his father Ging is in fact a “hunter”, who is someone who has proven to be an elite member of humanity), Gin becomes determined to follow in his father’s footsteps and become a hunter in his own right! Because of how the climax of the series ended in 2001, Nippon Animation created three OVAs that helped continue where the broadcast left off. A great show to check out if you haven’t already done so that is.

Happy Friday Night!! Tonight’s Anime OVA of the Week is…

There was a time where many anime fans were a bit upset due to the fact that there weren’t a lot of crossover anime titles. This anime ova title is one of them; a joint project created by Go Nagai and Shotaro Ishinomori known as the crossover title, “Cyborg 009 vs. Devilman“! The plot deals with the two of them meeting together for the first time, as the two find themselves in a bit of a conflict with one another. The series ova is broken up into three 30-minute episodes as both 009 and Devilman face each other in an all-out war; featuring some new characters from the Cyborg 009 series. If you haven’t gotten the chance to see this crossover ova title yet, find it and stream it on Crunchyroll or any streaming site that has the rights to stream it! 🙂

Also known as Legend of the Galactic Heroes, this anime OVA title takes place in the year 3596 within a portion of our very own Milky Way Galaxy. There are two different powers both fighting against one another; The Galactic Empire, and the Free Planets Alliance, a war that has been going on for the last 150 years. The Galactic Empire’s military genius Reinhard von Lohengramm is driven by the desire to not only rise to power and free his own sister from Kaiser’s clutches, but to also to defeat the corrupted Goldenbaum dynasty and end the Free Planets Alliance so that he can have full reign over the galaxy.

On the other hand the Free Planets Alliance’s military genus Yang Wen Li, is an arch-rival to Reinhard and wanted to become a historian. By demonstrating great excellence through decisive battles and conflicts in the military academy that he enrolled in, he was quickly promoted to an admiral rank and became recognized for his “underdog victories”; stating that despite the odds being against him, that he was able to win and make it through any tough battle that he (or the rest of the alliance) may have had to face.

This is a great OVA title to check out if you’re looking for a space opera with some military sci-fi wrapped within. (Just make sure that you’re streaming this title legally, okay?) 😉

This is an anime title that Yours Truly had the privilege of watching on NHK World Japan on digital television, early one Saturday morning. This OVA in particular (and there may be other titles released in this way as well) was released on the internet, making it an ONA or Original Net Animation. ONA’s are much shorter than OVA’s, but we’ll save that discussion for a future post.

The story line of The Dragon Dentist takes place in Dragon Country, where Nonoko has been appointed as the newest dragon dentist to protect the dragon from bacteria that can cause its teeth to decay. (Hey, even dragons gotta brush their teeth like the rest of us, only this one has a small army of professional dentists to help him maintain those pearly whites.) During one of many fierce battles with the neighboring enemy country, Nonoko discovers a male solider named Bell from said country who has been resurrected through the dragon’s teeth.

Bell eventually becomes a dragon dentist and is teamed up with Nonoko in helping keep the dragon’s teeth clean, and protect it from cavities. However after going through several more battles, both of them learn to except the fate that lies before them. 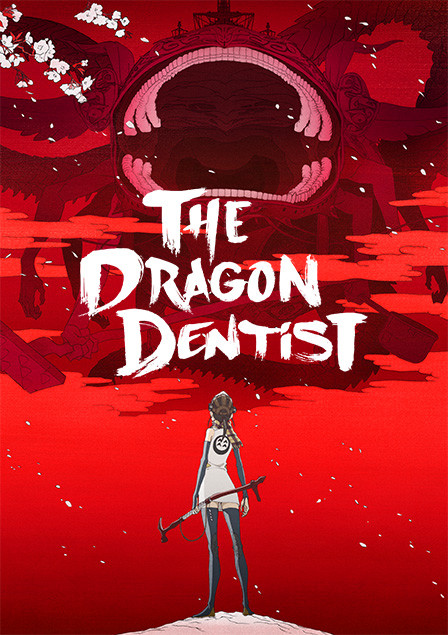 Goro Honda had always dreamed of becoming a professional baseball player after seeing his father play between the major and minor teams. The OVA series follows the story of how he grew up from practicing his swings to stepping on the mound for the first time as a professional baseball player. You can check out the OVA series on youtube or any other place that streams it! (As long as it’s legal.)

A Community Built On Anime