As a fan of anime and manga, you know how excited you get when the date for an upcoming anime convention arrives. You’ll get the chance to go to panels, workshops, see your favorite voice actors and actresses from your most beloved shows, and of course the biggest reason of all; cosplayers. These are the kind of fans who bring your favorite character, waifu, or husbando to life through some well designed costume planning, and some serious skills behind a sewing machine.

Going to anime cons and seeing cosplayers dressed as anime characters like Hestia, Soul Evans, or even Moka Akashia, is like stepping into the anime wonderland that you’ve always dreamed of going to. Of course whenever you see cosplayers at cons you’re bound to ask them for a picture, so we at D&A Anime Blog are going to show you the rules of Cosplay Consent through our eyes. 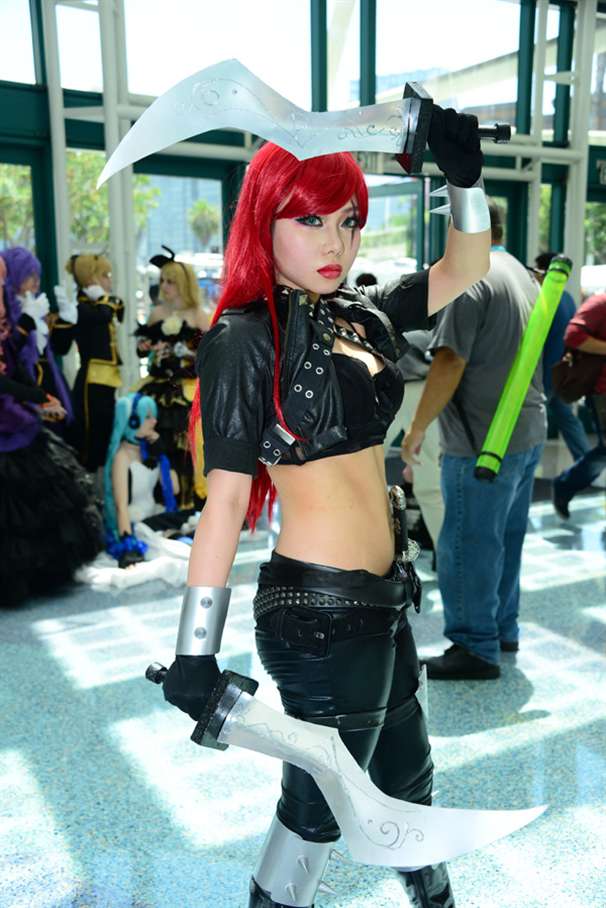 The “Do’s” of Cosplayer Consent!

As we mentioned before, it’s fun when you get to take pictures of the person who is cosplaying as your favorite anime or manga character. However there are some rules and guidelines that every anime convention has whenever you take cosplay pictures. Many of those rules are listed in the guidebook that they give you, but we’re gonna break them down for you guys right here on the good ol’ blog! 🙂

DO: Ask the cosplayer for permission to take their picture. You can ask them to do a character pose or a general one with you if you wish.

DO: (If you’re a cosplay photographer and want to market yourself) After taking the cosplayer’s picture, make sure you ask for their permission to post the picture on your blog or album website. Don’t forget to give them a business card.

It’s nice to remember these rules whenever you head off to an anime convention. There may be some cosplayers that may say “no” when you ask for their permission to take a picture of them, but 95% of the time they’ll say “yes”. Never be afraid to ask questions if you’re unsure about what to do when taking cosplay pictures at cons, cuz’ it’ll help you big time in the long run! 😉 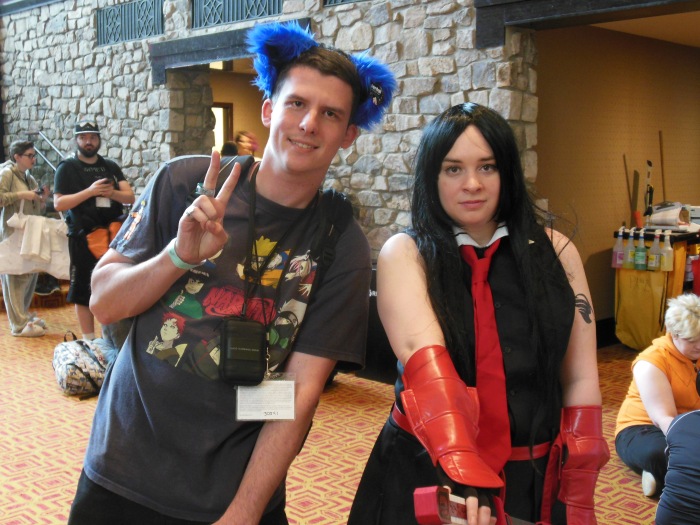 The Don’ts of Cosplayer Consent!

Now it’s time for the opposite. These are some of the things that you should NOT do, when asking a cosplayer’s permission to take their picture. Not only can these things throw a monkey wrench in the overall experience of the con, but in some serious cases it can even get you removed or banned.

DON’T: Ask for any pose that’s going to make the cosplayer feel uncomfortable. This also means keeping your hands to yourself, you baka! (We’re kidding, we love you guys. We just don’t want you turning into perverts.)

DON’T: Take the picture in the middle of on-coming con traffic. (Unless you want a flattened Death the Kid as your featured image.)

DON’T: Sneak a picture of a cosplayer after they already said “no” upon your first attempt at asking for their permission. You may think you won’t get caught but trust me, ‘karma’ knows where you live…

DON’T: Ask for the cosplayer’s phone number and try to get a date out of them. (Nine times outta ten they already have a girlfriend or boyfriend…most of the time.)

DON’T: Chase the cosplayer around the whole freakin’ con if you missed them the first time. Just wait until the opportunity comes around when the two of you will meet either after a panel, or before the end of the night to get their picture.

Remembering these rules of cosplay consent help keep us con goers and cosplayers safe while continuing to make the overall experience enjoyable. If you notice something out of the norm at an anime convention that you don’t like, don’t be afraid to ask a staff member to investigate the situation. Don’t forget about the con-buddy system because it’ll help ease most of the strain and tension that comes with con drama.

Oh, and one more thing…HAVE FUN!!! Cuz’ at the end of the weekend, that’s what going to anime cons is all about! 😉

Yeah that’s right we found more of the one the only Liquid Death #liquiddeath shouts to @liquiddeath Best mountain water 😎🤘🤘👍
A Goldman Goku black short #gokublack #supersaiyanrose #에니메이션 #코스프레 #셀스타그램
A. Goldman Dubbing
Captain America on your left short this is a clip from one of our latest podcast episodes go watch it now on our YouTube channel D&A studios.😎😂😂😂👍✌️#에니메이션 #코스프레 #셀스타그램
Studio photos or at least as much of the studio as we could get in one shot . #studoentertainment #에니메이션 #코스프레 #셀스타그램
Date A Live Kurumi Tokisaki pretty Devil figure if you want to see the whole unboxing video go to YouTube D&A studios . #에니메이션 #코스프레 #셀스타그램