Depending on the genre of anime you watch, there’s always that one male (or female) character who’s mannerisms and logical thinking make the rest of the cast look smarter than they actually are. Whenever the plot gets too serious or takes a dark turn for the worst in one episode, these characters show up in a future episode to put a smile back on our faces, and laughter in our hearts. At times they can be annoying, and sometimes their actions and critical thinking skills can cause more harm than good, but nevertheless they’re always there when you need them, and they never let that stop them from being themselves!

Here are five female anime characters who are lovable airheads. 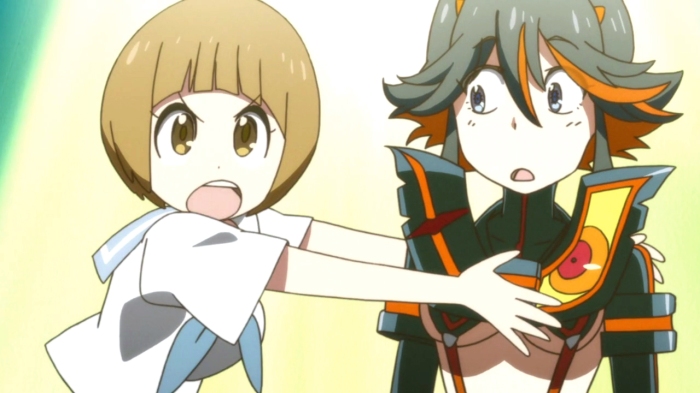 Coming in at number 5 is the best friend of Ryuko Matoi. Mako is a teenage goofy-yet-energetic girl with a carefree personality, who happens to sleep a lot even before class begins (which does clash with her hyperactive nature). When it comes to making friends however Mako will cling onto anyone she grows attached to; especially Ryuko. Whenever she becomes motivated Mako will do whatever it takes to achieve her goals, and despite being an airhead at times, she’s a good friend to have around.

Everyone’s favorite maid from every anime fangirl’s (and guys) favorite series! As the maid of the Phantomhive Household, Mey-Rin is tasked of cleaning the house, doing the dishes, and other chores. Even though she’s enthusiastic about her job, its the one thing she’s terrible at. She’s a total klutz around the house and is at her worst when Sebastian is watching, but underneath that klutzy airheaded persona (as well as behind the glasses) lies a former trained assassin that would give any sniper a run for their money. 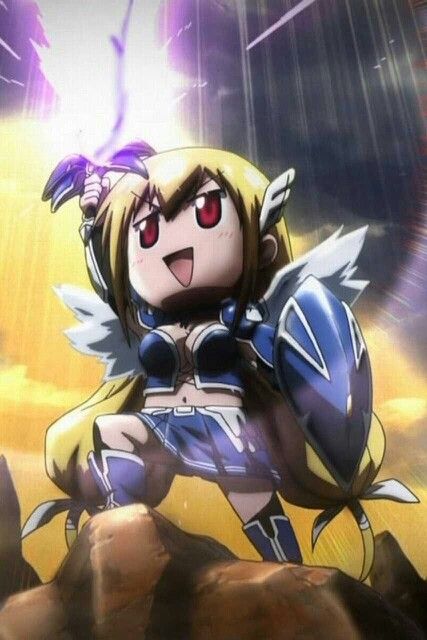 One of the ‘Delta’ Angeloids who possesses skill and power in close-combat battles, but suffers from long-range attacks as well as being an attractive…idiot. She doesn’t know how to hunt or obtain food and fails to answer simple questions during a quiz show, but after spending time with the main character, Tomoki, she develops feelings for him and breaks away from her Master’s orders to kill Nymph. Thanks to Tomoki’s words of encouragement, Astraea can decide if she is useless or not.

As energetic as they come, Himeko is a total airhead who shouts out a nonsensical catchphrase known as ‘maho‘ (which references the word ‘aho‘ which means ‘idiot‘). Her antics and the inability to carry a straight train of thought has caused her classmates to be rather annoyed with her. The source of her energy comes from the small lock of hair on her head called an ‘ahoge‘, and should it ever be removed, she would lose her energy.

Yep, we had to save the best for last on this one. As of now Aqua is the Queen of Anime Airheads who many deem as a useless goddess (most of the time, but not always). Even though she does a lot of good deeds and is supernaturally beautiful, some of them can turn out to be disasters to the point where she can actually make a situation worse. Aqua can be a little pushy when it comes to praises/criticisms from others, and can be gullible when people try to lie to her about the smallest of things. She’s not totally airheaded and completely useless, as Aqua can be knowledgeable when she wants to be. Sure, she’s not the best goddess in the world (and sometimes forgets that she is a goddess at times), but she’s honest with who she is and what she’s capable of…hopefully.

And there you have it! These are our five female anime characters who are lovable airheads. They may not be the sharpest tools in the shed, but when it matters most, these characters are always there for the main character (or cast) whenever they’re needed.

That’ll do if for this filler post, until next time! 🙂

It's that time of year and yes we're talking about cherry trees or some some people say Sakura blossoms I know it might be a little early for some for this particular tree has bloomed and looks gorgeous.😍😍🥰don't you all love ❤️ these trees they are so amazing and gorgeous one of our favorites enjoy.😁😊💕💕💕💕😎👊✌️👍.#에니메이션 #코스프레 #셀스타그램
Founder A Goldman here just wanted to share with you guys this photo was posted on my Facebook wall by a very well-known Voice actor from the 90s you guys may know her as the original English voice of frieza from dragon ball Z back in the 90s this message go's out to her thank you so much for posting and sending me this cool message on Facebook you are one of my childhood heroes even though you played A villain in dragon ball Z this means a lot to me thank you so much and shout outs to @lindasorta if you see this which I hope you do please come follow us as you're always welcome anytime thanks again and a massive shout outs shout outs to @lindasorta 💖😎👊✌️👍#에니메이션 #코스프레 #셀스타그램
D.J Lewis representing 1/2 of D&A Anime Blog. Hello ladies this is DJ Lewis check out my new headshot photos we hope you enjoy yourself!😎👊✌️. #에니메이션 #코스프레 #셀스타그램
Hey guys here are some history for you all here is Every anime that aired on adult swim prior to the relaunch of Toonami in 2012 O the memories if you're a 90s kid or you remember this like we do I'm sure you feel old .😎👍✌️. #에니메이션 #코스프레 #셀스타그램
If you all are wondering where else you can find us here are some of her other social media platforms that we are on including our website hope you guys check us out and please do visit us on all of these platforms we can't do this without you all 😎✌️#에니메이션 #코스프레 #셀스타그램
MIku room wear Photos If you're wondering about these photos I shot this with my DSLR camera hope you guys like them 😎✌️#mikuroomwear #에니메이션 #코스프레 #셀스타그램