When you were growing up going to school was like a 9-5 job; except you don’t get paid and your fellow employees are no older or younger than you. To many of us going through Pre-K and Kindergarten was a walk in the park, but as you made that trek through the public school grade system (1st-12th Grade), things got pretty interesting. You made friends, you unintentionally made enemies, and then somewhere along the line (probably in P.E. or anything that resembled a competitive sport), you made rivals.

A rival is an individual who competes with another individual to try and outdue, outsmart, and even outlast each other in a competitive sport or activity. (This is OUR definition of what a rival to us is.) A rival can be someone who possesses similar skills or can perform any task, mission, or assignment at a much better pace than another individual who can do exactly the same. We’ve all had that one kid in our class who thought he was better than the whole class, but in actuality, he/she wanted to be better than you or I. So while we’re on this particular topic, let’s look at our Top 5 rivalries in the world of anime. Which one will be number one? 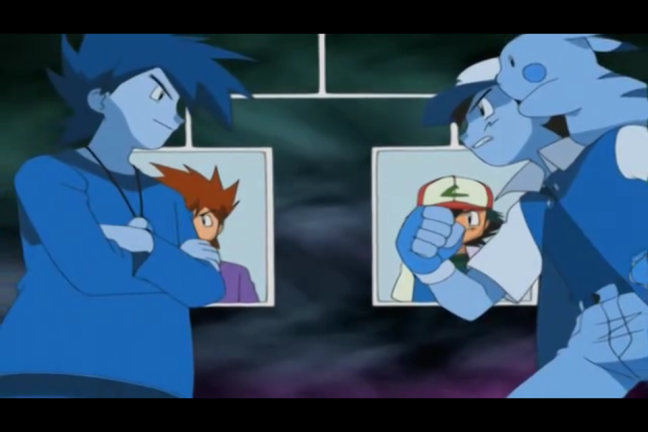 If you’re a 90’s kid, then this is one of the classic rivalries that you have ever come to know! The Ketchum-Oak rivalry will go down as one of the first great rivalries in the Pokemon franchise. From Red & Blue to Sun & Moon, this is one rivalry that will stand the test of time. (The two of them are probably best frienemies by now.)

There were many rivalries between the late 90’s and early 2000’s, but around 2010 we were introduced to one of the most craziest, raunchiest, and most hilarious anime titles ever created! (And yet we still wait on a second season…ugh!) The rivalry between the Anarchy Sisters and Demon Sisters is more like the battle between freedom and dictatorship, or in simpler terms; doing what you wanna do, and doing what needs to be done. Even though they’re fallen angels, Panty and Stocking always seem to have Scanty and Kneesocks’ number whenever they both battle it out!

MHA fans are quite familiar with this one. After discovering that Izuku got his Quirk from All Might, Katsuki challenges him to a battle at Ground Beta, the place they once battled at before. Both Izuku and Katsuki looked up to and admired All Might, but the real reason behind why Katsuki hated Izuku, was because of his growth. The intensity of this rivalry is one of the reasons why it is number three on our Top 5 list!

Whether you’re an old school Naruto fan, or if you’re just seeing it for the very first time, this rivalry (like another one we all know) is one of the legendary ones of this series. Much like the Izuku-Katsuki rivalry, the Naruto-Sasuke one goes back as far as when they were kids. Sasuke was the cool guy who excelled at every test that was thrown at him, while Naruto struggled to pass even just one test. However, Naruto’s growth throughout the series pitted him against enemies and foes that Sasuke had a hard time fighting against, and if that don’t stick a kunai in your back, what will? 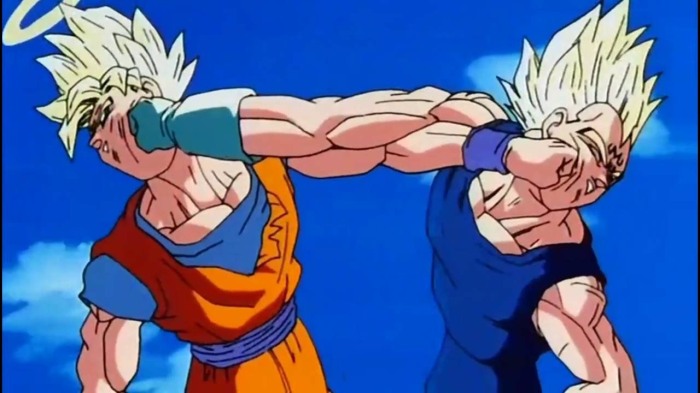 Ah, yes. The Greatest Rivalry Of All Time (GROAT)! Goku and Vegeta are both Saiyans, Super Saiyans, and Super Saiyan Blue (SSGSS), but their rivalry can be traced back to the first season of the Z series. Vegeta is the Prince of all Saiyans, so you’d think that he would be the one to achieve the level of a Super Saiyan, right? Well we all know the ending to that story; Goku ended up going Super Saiyan after Krillin’s death at the hands of Frieza, and Vegeta died as a result of calling Frieza’s bluff as him becoming a Super Saiyan. Even during Dragon Ball Super, Vegeta still wanted to make sure that no matter how high Goku’s power level would become, that he would be right there with him.

Well, that will do it for our Top 5 rivalries found in anime! There’s more filler posts and excitement to come next time on D&A Anime Blog! Where anime is a part of you! 😉