There are a lot of debatable topics in the anime community, but this one in particular is probably the most debatable. Before we start this filler post we want each and every one of our fans to know; we’re not for nor against this particular topic, we’re middle men. That simply means that the final decision for what side fans are on regarding this particular topic, is going to be up to them.

Fan Service can be described as material that the fans would want to see; such as a ‘fourth wall break’ moment where the main character talks directly to the audience, or possibly a cameo appearance from the author/creator of the series, a celebrity, or a character (or characters) from another series. The most common form of fan service in modern times (as we all know) is gratuitous sexual titillation; basically panty shots, shower scenes, girls in bikinis, you name it! This kind of fan service is hardly nothing new, in fact you can trace it as far back as the 50’s, when halftime football shows had cheerleaders to keep the audience entertained through exciting cheers and dances.

Nowadays fan service can pretty much be found anywhere, including in most modern anime titles. (But you already knew that, right?) Although gratuitous sexual titillation is basically the norm for all anime fan service, there are some anime titles that use it in a comical way. If you don’t believe us, then watch the first episode of Chivalry of a Failed Knight. Or Shimoneta if you prefer. 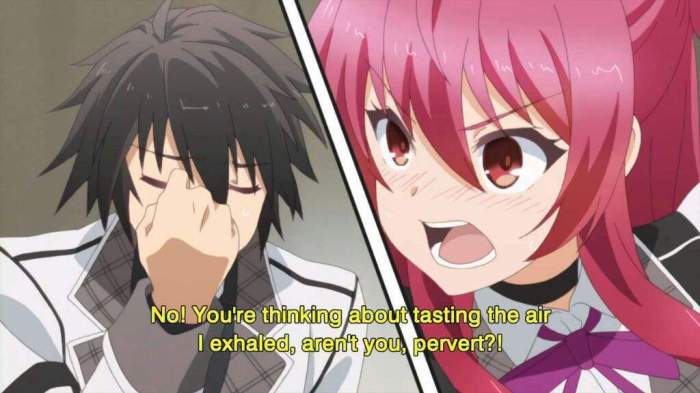 Fan service can go both ways with guys and girls; with Shonen titles aimed at the guys, and Shoujo aimed at the girls. Depending on the title you watch Ecchi and Harem-based anime use fan service as the vocal point of the whole series. Are there pros and cons to using too much fan service in certain anime titles? Yes, but again, it depends on what side of the tracks you’re on.

So now comes the one million dollar question, “Is fan service in anime a beautiful blessing, or a horrible curse?” The answer to that question will depend on the viewpoint of the fans themselves. Some people have even argued that the presence of fan service in anime and manga in general, indicates the low-leveled maturity of the fandom itself. Sometimes fan service may enhance the overall experience of certain anime titles depending on how it’s used, how it’s balanced within the story line, and which characters are involved. This goes back to a recent filler post that we did in regards to what we want to see from anime creators in Japan.

Keep in mind that fan service can be seen by many as either helping or hurting the quality of anime in the industry, however it all depends of what side of the debate you’re on. 😉 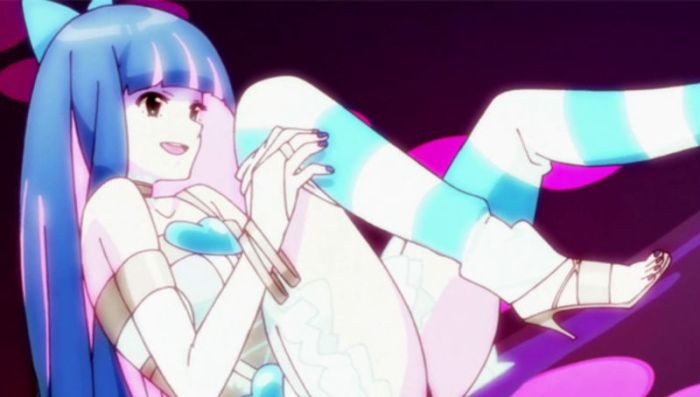 Kick Your Shoes Off, It's Time to Dork Out!