Ever since A. Goldman and I started D&A Anime Blog back in the Winter of 2016, I find myself thinking about some of my other talents that I possess in the realm of multimedia. After making the decision to go back to college and shoot for my major, which is Music Production and Audio Engineering, I find myself learning aspects about the music business that I never thought of back when I was in high school. Back then I was a fluffy Afro-American kid (and still am) who loved Dragon Ball Z and Naruto, and still do to this day. I would share my whole life story in this filler post just so I can give a glimpse of who I am to our fans, but I’ll save that for a book I’ll be writing in the future.

Throughout middle and high school I didn’t really have a whole lot of friends growing up. In fact I kind of hated most of the people in my school due to the fact that they were making fun of me because of my plus-size physique. It wasn’t until about 7th grade that I met my D&A partner in crime, Aaron Goldman, thanks to the fact that his mother was my Speech Councilor. Middle school life was a bit of a drag until I got into high school, though my freshman and sophomore years were not as bad, but I still had to deal with my fair share of bullies though.

It wasn’t until my junior year that I started having an interest in producing music. That interest was propelled to the max when my mother bought me my first DAW known as MAGIX Music Maker. I had so much fun producing music using that software, but back then I didn’t know about compression, limiting, mixing or mastering. The thought of being a DJ back then was pretty cool, but it was soon lost after I shifted my passion over to Video Production and Broadcast Graphics in the Fall of 2008.

The last eight years or so have been pretty interesting to say the least. After playing around with MAGIX a bit more, I’ve since gotten better with complex beats and tracks. I’ve since discovered what frequency is and how it can affect your music. I’ve since learned the art of mixing and mastering, so now I can apply those same techniques I’ve learn in school to my original music projects. Of course before I was able to do any of that, I had to learn the fundamentals of music first.

Since 2014 my passion for creating a musical style all my own has skyrocketed. Although most of my music interests consist of Electronic Dance Music (EDM) and Video Game Remixes, taking those classes in college has taught me how to be a bit open-minded when it comes to certain genres of music (like Hip-Hop). Nowadays I see and hear about DJs becoming Producers, and Producers becoming DJs, but as for me and where I see myself in the future, I’m on the path of learning everything there is about being a Music Producer before I become a DJ. 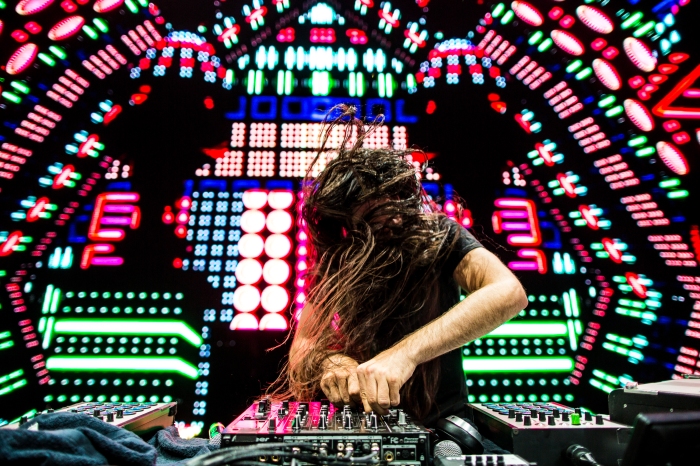 There are so many DJ/Producers out there; such as Skrillex, Porter Robinson, Steve Aoki, Bassnectar, and so on. Those guys are awesome at what they do in spite of the hidden wars and disagreements that go on about real and fake DJing. The last thing I want to do as a future DJ/Producer is get caught up in that BS, because in the end, if you continue to educate yourself on how to become a better DJ and humble yourself on the words ‘Less is More’, then it shouldn’t matter what haters gotta say.

Within the last couple years I’ve noticed that some up and coming DJ/Producers use DJ controllers as opposed to the traditional nightclub setup. (CDJ-2000 Nexus and DJM-2000 Mixer, though the models might’ve upgraded since then.) One reason for this is because the price tag is much lower, and the fact that many of the modern controllers out here now are stand alone mixers. I of course already have my dream DJ setup in the back of my head; a Pioneer DDJ-RX DJ controller, and an RMX-500 Remix Station.

Finally, I thought about where I would play or which venues I would go to, and ultimately I find myself performing at anime and video game conventions, then work my way up to clubs and festivals (hopefully). Eventually I would love to start my own digital music label featuring DJ/Producers who are on the Spectrum (Asperger Syndrome and High-Functioning Autism). I don’t have a name for it yet but I know that it’s gonna be awesome! 🙂