When you’ve watched a good amount of anime as much as we have, you begin to get just a little bit curious of who might be the person or individual portraying the voice of one of your favorite characters. Now that we’re a little more seasoned as anime fans, we now have gained a newfound respect for the people (artists) that are behind the very characters we love so dearly. Although this filler post is dedicated to all of the great male anime voice actors out there, there are five in particular that we just simply had to highlight. Here is our Top 5 Male Anime Voice Actors!

Whenever you hear his name, the first thought that should come to mind is Emperor Pilaf from Dragon Ball. He was also the Game Master in Sekirei as well as a bunch of other characters you may (or may not) be familiar with. We’ve had the opportunity to meet him personally at one of our cons last year, and let us just say; we ‘fan-girled’ hard! He’s a really cool guy when you meet him for the first time, so when you do, try not to pass out if you can help it.

We cannot even begin to imagine how many fangirls this VA has! Many of us know him as Broly from the DBZ movie; Broly: The Legendary Super Saiyan, or even Edward Elric from FMA. As with Chuck we’ve gotten the chance to meet him twice, so we’re hoping that three times the charm!

Anybody that’s a fan of Black Butler knows who this guy is. You’ve heard him on Steins;Gate as well as many other shows, plus you’ve also seen him on CONfessionals with a lot of his other voice acting friends. He’s a pretty cool guy when you meet him for the first time, as long as you don’t call him ‘J. Michael Tater Tots’ that is. XP 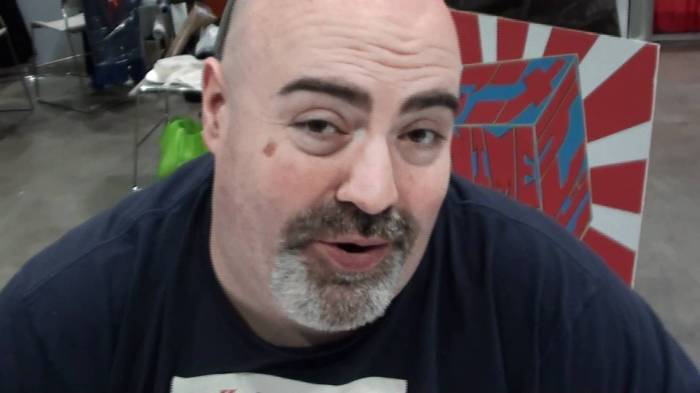 “Who the hell do you think I am?!” is a quote that all of us are familiar with whenever this man’s name gets mentioned. You know him as Adult Gohan in DBZ as well as its narrator, plus you might have also seen him on the YouTube video known as Kyle Herbert is an A-Hole. (Don’t worry, it’s a lot funner than it sounds.)

This guy is a voice acting legend! From the 90’s all the way to now we’ve grown up hearing Steve’s voice from the Green Goblin on Spider Man, to Orochimaru from Naruto. (And T.O.M. from Toonami.) As one of the best in his field he continues to wow us at conventions as well as keep us entertained for years to come! (Seriously, he doesn’t look a day over 40 even though he’s in his 60’s.)

So there you have it for our Top 5 Anime Voice Actors! We’ve only met about four of the five (Kyle Herbert being the one we’ve never met) voice actors on this list, but we’re hoping that we get the chance to see these guys again at a con in the near future. Coming up we’ve got our Top 5 Female Anime Voice Actors on a filler post later this week, so don’t miss it! 😉