Although not officially announced, you might as well say that Summer is here! There’s less than two weeks before school is out; which means cookouts, vacations, and for us geeks and nerds, anime conventions! With a new month comes new anime conventions for our Cons Near U segment, but right now, we’ve got our Top 5 highest attended anime conventions within the last five years or so. As we mentioned in one our previous posts, anime cons both big and small have their own strengths and weaknesses. Try both styles out and see which one works for you! 😉

Note: These attendance numbers are just ‘ballpark figures’, for the actual attendance count head to AnimeCons.com. 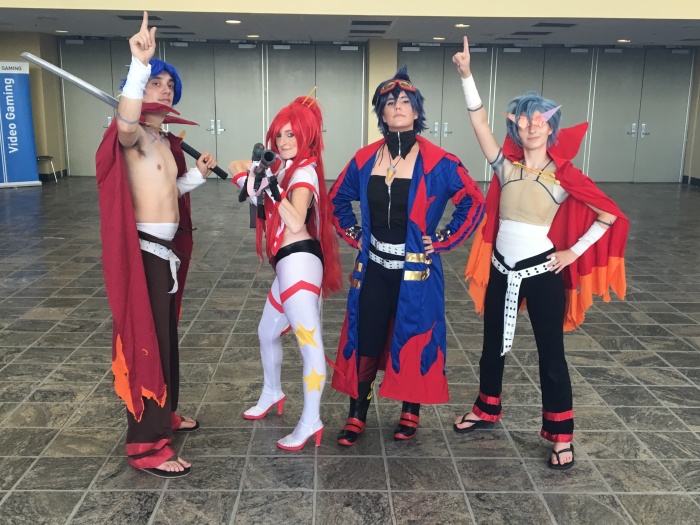 Before AniMore, Otakon was our original ‘Home Base’ anime convention. The cosplayers were awesome, the people were cool, and the events were unique in their own way. Back in the late 90’s Otakon had around a good couple thousand, and has grown into one of the largest anime conventions in the east coast. (Rumor has it that Otakon 2013 capped out at 35,000+ for its 20th Anniversary.) Although it’s now in D.C. Otakon to us will always be our very first con – even though it’s no longer being considered as a Top tier attendance convention since the move.

As we said before on our Cons Near U page, Anime Boston is a great convention to check out! We really don’t have to tell you what to expect once you get there (especially if you’re from Boston), but if you’ve been given the chance to go at least once, take it!

We didn’t believe it either, but there are big-time nerds in the ATL. A lot of great voice actors can be found visiting this con on an (almost) annual basis; such as Monica Rial, Todd Haberkorn, Kyle Hebert, Crispin Freeman, and a few others.

If you live in Texas, then there’s a lot of anime conventions in your own backyard. This one is one of the largest ones in the state of Texas. With over 30,000 convention goers A-Kon isn’t a con you wanna miss; especially if a majority of the voice actors living in the Dallas/Fort Worth and Houston areas, are only a couple of hours away drive-wise. (Meaning that should you attend, you’ll get the chance to meet some of your favorites!)

Think of this anime convention as SDCC for anime fans! Voice actors and musicians from all over the world (and Japan) can be spotted here on an annual basis. Sure, this may be a bit too much for the average con goer to take in, but that’s why planning ahead is your best weapon against the long autograph lines, and limited addition items in the Dealer’s Room. We have a funny feeling that Anime Expo might be a top tier convention for years to come…

Sorry this filler post got a little delayed, but there you have it! Our Top 5 highest attended anime conventions from the good guys of D&A Anime Blog. We’ve got more posts this week; including some new anime conventions to check out for the month of June, so keep your eyes on those updates!

Kick Your Shoes Off, It's Time to Dork Out!