In case you’re not aware, there’s a lot of stuff that happens on the World Wide Web (aka, The Internet). Some of its good, some of its not so good, and there are some parts of the web we as humans need to totally avoid all together. Over the years humanity has found creative ways to entertain themselves; through acting, sports competitions, and various other activities. One thing that has taken the web by storm (as far as we know), is these little things that are called Memes.

Everywhere you look they are being created by 1st, and 2nd generation Millennials; 1st Gen born between 1982-2000, and 2nd Gen born after 9/11. Although they’re mainstream popularity has become the fabric of our everyday lives, the term and its usage actually goes back as far as 1976, and was coined by Richard Dawkins in his book The Selfish Gene. The actual definition of the word means; an idea, behavior, or style that spreads from person to person within a culture, that often times conveys a theme or phenomenon. It basically acts as a unit of carrying ideas from one individual to another through writing and speeches.

For those of us who have been blessed to be a 90’s or 2000’s kid, memes can range from anywhere in pop culture (including anime), and can be anything. (GIFs, pictures, viral videos, etc.) The lifespan of a meme can vary depending on it’s cultural aspect upon delivery; one example would be the now-forgotten-but-will-always-be-remembered Uganda Knuckles meme. 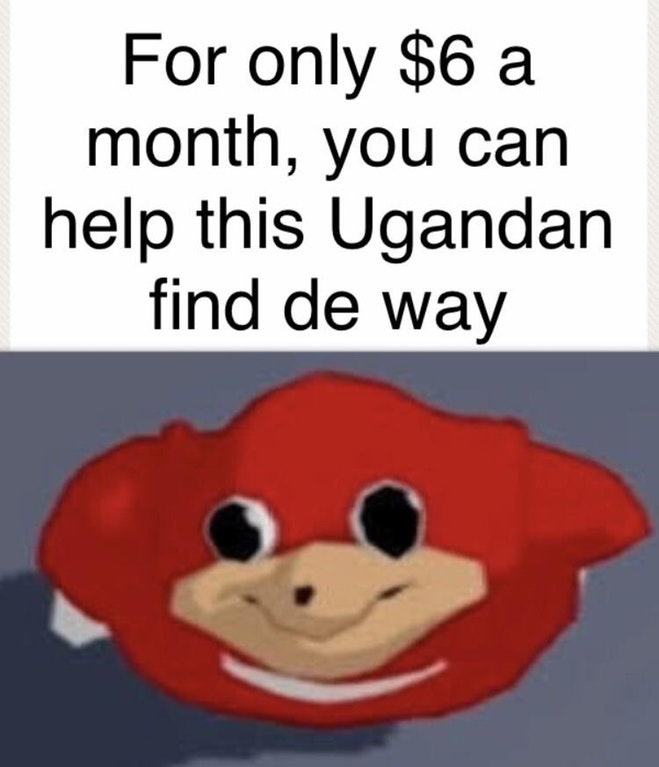 Memes follow a lifecycle that deals with transmission, and retention. That retention comes from the ‘creator’ of the original meme, and not a copy. Afterwards, the transmission phase begins, as the original meme gets passed on from person to person like a virus – which might explain where the word ‘viral’ came from. (Perhaps.) Every meme has a different message behind it; some of them can be funny and intellectual, and others can be annoying and somewhat controversial.

Social media in this day and age is a breeding ground for (internet) memes. If you have a Twitter, Facebook, Instagram, Youtube, or any other social media account, you’re bound to run into at least a few of them. As far as the internet goes, there are some memes that have become quite popular during the time they were ‘alive’. From “Ain’t Nobody Got Time Fo’ Dat” to “The Trumpet Boy” meme, these little digital pieces from pop culture are being created every day, and spreading to everyone. To be honest we don’t know how long the meme trend is going to last (if we can even call it that), but in this crazy day in time where most of us are just like the Trumpet Boy, we all need a way to entertain and express ourselves – even if its through a meme.