Before you know it, we’ll be looking at the month of May in the rear-view mirror and embracing the month of June. (The half-way point of 2018!) It will also mark our two-and-a-half year anniversary of when we first launched D&A Anime Blog. It’s been a heck of a work week for us, but we’ve got another anime title from Crunchyroll’s lineup that you guys and gals, have got to check out! This title is marked as a brand new chapter from an old favorite. We’re talking about the anime title Cardcaptor Sakura: Clear Card! 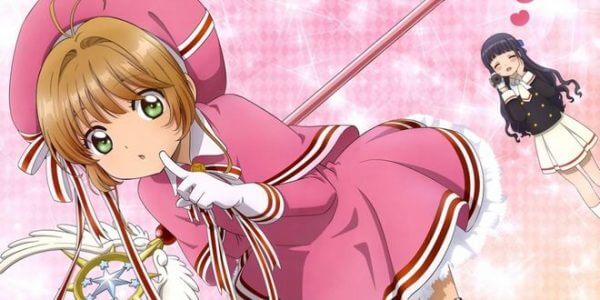 Ready for the overview? Basically Clear Card is the follow-up to the 1998 original title; Cardcaptor Sakura. Sakura Kinomoto is now in middle school along with her friends, but after having a prophetic dream about a cloaked figure, the Sakura Cards turn blank and are rendered useless. Now Sakura is on a mission to collect the clear cards along with her friends and guardian/protectors, Cerberus and Yue. This time around Sakura has a much stronger mystical key as well as an incantation.

We wouldn’t call this a reboot, but more of a long-awaited sequel in the making. A few of the original voice actors return for the follow-up, as you can hear them as characters (both old and new) right on Crunchyroll or FunimationNow! Don’t miss the exciting sequel to an old classic!

That’s all for now, but there’s more on the way!