Skip to content
HomeWhere’s The Love? The 5 Benefits to Dating an Otaku!

You’ve heard the name and know what it means in Japan; an individual who is obsessed with a certain topic yet has vast knowledge of it, but lives with their parents well into their 40’s, eats nothing but junk food, and watches anime (and reads manga or comic books) all day. Basically a shut-in NEET. Even though this is considered a negative stereotype in Japanese culture, us westerners have redefined the term into something endearing. The word ‘Otaku’ over here in North America means that you have a vast knowledge of anime, manga, or anything nerdy and fun, and still be a functioning member of society. (No matter how ass-backwards it can be in this day and age.)

Being an Otaku in America is not all bad, in fact there are a few benefits behind it that can make your life worth while. So to shed some light on this stereotypical term for being an overly obsessed anime/manga fan (or something of the like), we bring to you five different benefits to dating an Otaku! 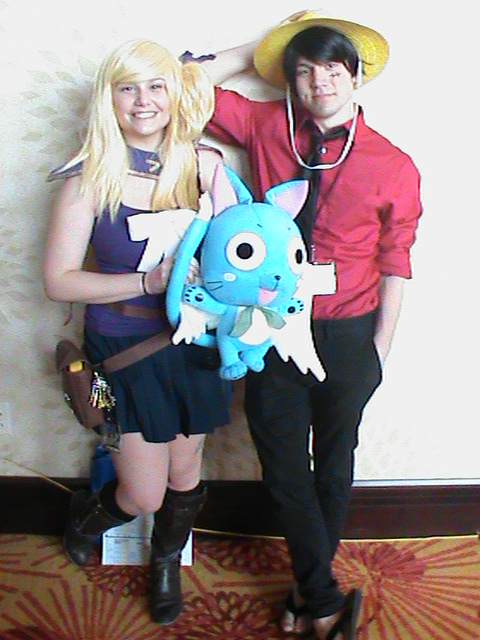 If you’re having any computer related problems that are beyond your power, having an Otaku around is the best solution! You won’t have to worry about your computer misbehaving or can’t get the screen to stop glitching as long as you’ve got a girlfriend or boyfriend who’s good with computers.

Number 4 – They Excel in the Romance Department!

People don’t give Otaku’s enough credit when it comes to love! They’re the kind of guys/girls who will shower you with love and treat you with respect in ways that other guys/girls wish they could. That ‘Honeymoon’ feeling that you get after you get married lasts a lot longer with an Otaku, than just getting flowers and candy on Valentine’s Day.

Number 3 – They’re Low Maintenance When it comes to Food!

Can’t cook, or you’re cooking skills aren’t up to par? No problem! Otaku’s aren’t the kind of people who fancy lavish meals from five star restaurants, if you want to make your Otaku girlfriend or boyfriend happy, then Royal Farms or Pizza Hut is the way to go! Forget spending $150 on food dishes that you can’t even pronounce, just point us to the nearest taco place and we’ll chow down there!

Number 2 – They’ll Never Cheat on You!

It’s hard to trust people these days, especially within the realm of social media! If you have an Otaku girlfriend or boyfriend, their level of commitment is second to none! They will never cheat on you on matter what, and you won’t have to worry about them dancing with any of the hotties at the club, because you will be their only dance partner!

Sometimes when we look at magazines and movies we see how hot our favorite actors/models are and we second guess ourselves, stating that we’re not good enough. We don’t look athletic or sexy or anything that might attract us a hot guy or girl. For Otaku’s on the other hand they could care less! They don’t care if you’re a little on the thick side (some guys/girls like em’ curvy/fluffy), or don’t have long flowing hair, or even the fact that you sound like a bag of pork grinding when you snore. Otaku guys and girls love everything about you, and will except you for who you are!

Dating an Otaku or having them as your girlfriend or boyfriend is not all bad. In fact they might even be that soulmate that you’ve been searching your whole life for. Not all of them live at home with their mothers and stay in their room reading manga, watching anime, and playing video games. Some of them even own anime conventions or are entrepreneurs in their own right.

The days of being ousted by the cool kids are over! Otaku (in reality) were the cool kids all along and didn’t even know it! They’re smart, educated, have bachelor’s and master’s degrees, cultured, passionate about anime/manga, and are romantic. You won’t find them in places like nightclubs or local bars, but they can be found at anime conventions or nightclubs dedicated to all things otaku. (You’ll find some if you Google it.) On that note that’ll wrap up our benefits to dating an Otaku, now get out there and find your Asuna, Kirito! 😉

Discussing Anime and so forth