A few weeks ago this particular topic popped into our heads as we thought to ourselves, ‘What are four things (or categories) that both creators and fans might want to take into consideration, before creating or reviewing an anime series?’ The answer to that question revealed itself in these four words: Balance, Placement, Timing, and Involvement. There have been many of times where if an anime title (subbed or dubbed) doesn’t do so well, the level of criticism without the evidence to back it up can really rub certain fans the wrong way, often causing disputes which may lead to the rise of small hate groups against the fandom of said title (or titles).

Everyone goes through a ‘Trial-and-Error’ period in their lives when it comes to being creative, even some of our most beloved creators of many of the shows that are out here today, have had their own ups and downs. Although there’s a percentage of us that don’t take to kindly to this too often, constructive criticism should be viewed as a way to help the creator improve on where he/she falls short on their work. (VA’s included.)

Balance is like the glue that holds everything together. If the other three categories are working hand-in-hand in perfect harmony, then the level of balance will be perfect! From an anime prospective this would include the overall plot of the story; such as the storyline, the characters/character development, the setting, the situations, and so on. Balance can also be incorporated through the mannerisms and behaviors of an anime character; such as an ‘All-Around’ type character like Goku.

For everything to fit into place there has to be balance. Poor balance in an anime title can upset the flow and nature of the other three categories, and can cause negative or unwanted criticism from the viewers who are watching the title. Balance is like the leader of the wolf pack; he’s the one who leads the charge while the others follow. When reviewing an anime title it’s a good idea to keep this category in mind as well as the others, so that it will make you a better reviewer in the long run.

Great balance can lead to a great story, so if you ever find yourself wanting to create your own original masterpiece (be it a manga, web cartoon, etc.), make sure that you incorporate a sense of balance in your work before you send it to the masses!

The definition of this word could be defined as, ‘putting someone or something in a particular place or the fact that they’re being placed’. An example of this word from an anime standpoint would be the anime title’s setting, background, or environment. Placement can also be contributed to a specific genre of said title or even in the title itself; such as School Rumble having its story taking place in a school setting, or Ghost in the Shell taking place in a futuristic timeline in Tokyo.

Placement can also set the mood for where certain character events occur; such as an action scene in an anime title where almost half of the mall is blown up by a terrorist, and the protagonist shows up in the nick of time before a battle ensues after a brief exchange of dialogue. Having great placement in an anime title can enhance the overall viewing experience for the viewer, but having poor placement (including character placement) can upset the balance of the overall story and its elements. 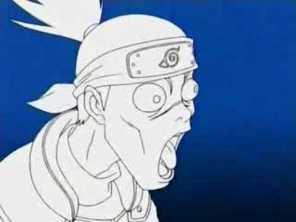 You know how they say that timing is everything? Well the same can be said about dialogue in anime (especially jokes in rom-com and harem titles). The audience’s reaction to a certain word or phrase said within an anime character’s dialogue with another, will vary depending on its timing. This category is crucial when it comes to fan service and slapstick comedy anime, because miscues in this area can result in poor reviews and possibly a lack of solidarity among the title’s fandom. (The latter may not be entirely true, but it could lead to something of that effect.)

Think of timing as a character’s reaction to a situation that he/she finds themselves in. If there was a big ball of fire coming at you, what would your response be? Would you run like hell and hope you don’t get scorched? Or (if you have super powers) would you try and stop it? Timing is basically having the choice or control of when to take action during a situation, when to insert a joke, or even how often to use a reoccurring gag (like the exploding ghost scene in Panty and Stocking with Garterbelt).

The emotional aspect of character development in anime. Although this is the last category of the four in total, this one is the icing on the cake. Does the main character (or supporting character) have a love interest? How is the main villain connected to the main character’s past? Questions like these will come up when it comes to this category, because this is a key element in the overall progression of the story’s plot. (Or even how the story progresses.)

Sometimes involvement is the driving force behind the reason why certain anime characters do the things that they do; such as saving the world because of a loved one, or avenging your honor by defeating a major villain who killed someone who was close to you. (Like a parent, sibling, or lover.)

Before making an anime review or even creating an original anime title, it’s a good idea to keep these four things in mind during the creative process and while also writing your review. You can use this as a little exercise for yourself whenever you find the time to watch your favorite anime titles. Perhaps reading this post will change your prospective on an anime title that you may not have liked in the past, but just like the concept of fan service and slapstick comedy in anime, the final decision will be entirely up to you.

One thought on “Filler Post: The 4 Things That Can Make-or-Break an Anime Series!”