What is it about this Sonny Strait-voiced character that makes the fanbase that he represents love him so much? Well guys n’ gals, if you’re a fan of one of the pioneering titles of anime history, then you already know his name. Hailing from Earth along side friends like Tien, Yamcha, and Goku, comes everyone’s favorite bald-headed Z-Fighter, Krillin! There’s so much that can be said about this pint-sized fighter; no matter how many times he fights out of his league, risks his life for the sake of others and his friends, of just wants to be there and ready for action when trouble arrives. Despite his reputation of being a ‘punching bag’ as well as being one of the least respected fighters in the group, Krillin shows the most heart out of anyone (next to Goku). Although there are bunches of reasons why fans love Krillin, we can only give you five for this post.

5. He and Goku have been friends since Day One (The Entire Franchise)

When it comes to friendship Krillin has had Goku’s back even way back to when they were kids. He’s also the only character that has been around in the DBZ franchise (both canon and non-canon) since ‘Day One’. If there’s anybody that has some serious history, it’s gotta be Krillin. Even all the way to Dragon Ball Super, this pint-sized fighter continues to better himself as well as be a great friend to his comrades. 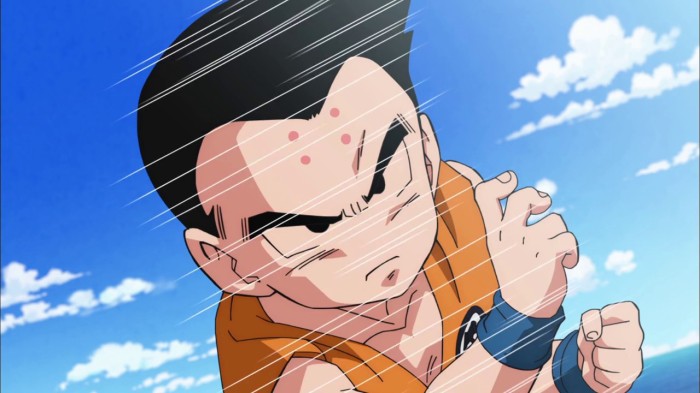 4. He’s The Strongest Human on Earth

With all the training that he’s done throughout the entire series, Krillin is stronger than Tien and Yamcha, but weaker than his saiyan and namekian colleagues. This puts him as the ‘Strongest Human on Earth’ by Akira Toriyama’s standards, as Krillin never stops training and pushing himself to be even better and stronger than the day before.

3. He’s The Reason Why Goku Became a Super Saiyan

Many fans know Krillin as the guy who dies a lot during the series, but the most famous death was at the hands of the most evil antagonist in the DBZ universe; Frieza. After the tyrant blew up his closest friend, Goku became so enraged that he transformed into the one thing Frieza feared the most – a Super Saiyan. Had it not been for Krillin’s death during the Frieza Saga, we wouldn’t have gotten the chance to see Goku kick the snot out him on Planet Namek. 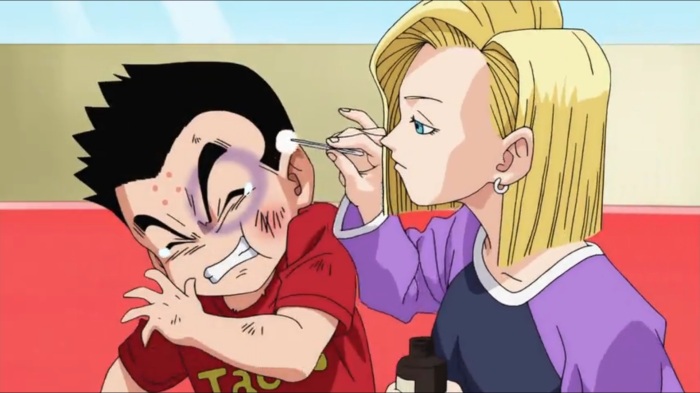 2. He’s Married to the Coolest Woman in the Series

Who would’ve thought in this lifetime that Krillin and Android 18 would hook up and have a child? That’s what took place during the Cell Saga, but it wasn’t until further down the Buu Saga that we really started to see Krillin and 18’s relationship take shape. From that point on she’s been by his side through thick and then, even all the way up to Super. You did good, baldy…you did good.

1. He’s The Best-Dressed Character in the Series

From time to time the Z-Fighters have had some stylish outfits and moments, but nothing says “On Fleek” like Krillin’s suit game. You can see him wearing a suit and tie along with a stylish fedora in certain episodes of Dragon Ball and Dragon Ball Z. Some say that ladies love a well-dressed man, so that might be one of the reasons why 18 (and possibly a few other girls) might have taken a shot at the cue ball playa.

No matter how you slice it Krillin is an awesome part of an awesome franchise. He never ceases to amaze us at every turn with his dedication to his training, his wife, his friends, and his family. He’s also shown us that lil’ guys can do big things, and that’s something worth relating to!