Whew, today’s work day was a killer, but we’re glad to be alive to bring you another installment of our Crunchyroll Spotlight filler posts! If you’re a 90’s kid, then some time in your life you probably met a magical girl by the name of Sailor Moon, right? If the answer’s yes then you might be in for a surprise when it comes to a series like this. Tonight our Crunchyroll title is the magical girl comedy; Magical Girl Ore! 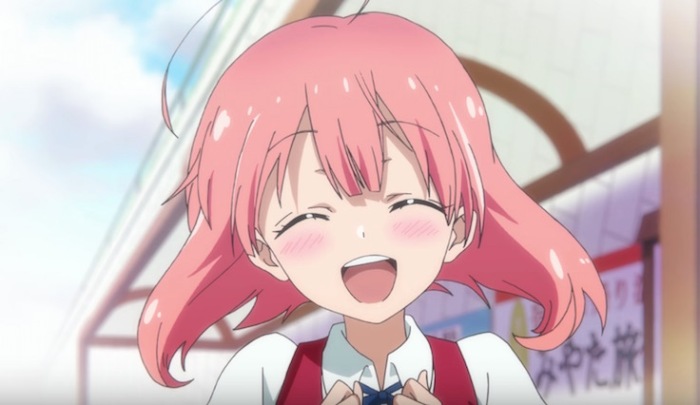 So here’s the deal; Saki Uno is an unpopular idol and high school student who discovers that her mother was once a “Magical Girl”, but passed on the tradition due to problems with her back. With some help from a Yazuka-like character named Kokoro, Saki can now transform into “Magical Girl Ore”, however there’s just one small problem; her magical girl form is that of a tall muscular man in a magical girl outfit. As if that wasn’t embarrassing enough; Saki has to fight cute-faced demons who threaten to kidnap her crush, Mohiro, who is now attracted to Saki’s “manly” form. Not only that but her idol partner, Sakuyo, is attracted to her normal female civilian form.

This series takes everything you know about the magical girl genre, and drops that baby on its head. Although being a magical girl is not all fun and games (in fact there’s a dark side to it), they mix in some comedic parts in the story that make it worth while to take a gander at. (Even if you’re not a fan of magical girl anime.) The dub for this series is not out yet, but you can stream the sub on Crunchyroll if you wanna check it out!

That’s it for now, but there’s more filler posts coming up! 🙂