Hey guys n’ gals! We’re hoping that you all had a great 4th of July last night, and didn’t do anything too dangerous. So here we are halfway through 2018 (as hard as that is to believe), and it’s only a matter of time before our three-year anniversary comes up in January. We don’t know what we’re going to do yet for that celebration, but what we do have is a few updates on what’s going to be happening for the remainder of the year. Some of it’s good news, and some of its bad news, but at the end of the day, we want our fans to know how much we love them for all of the support that they’ve been giving us. 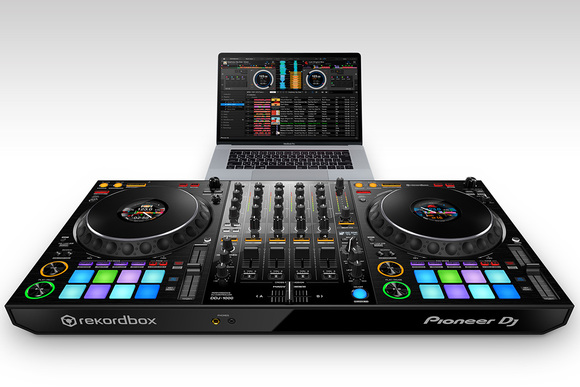 During the creative process of what we wanted D&A Anime Blog to be, we wanted to have a few things that made us stood out from all the rest. One of the founding members of D&A, Donte’ Jamal Lewis, has been producing music between 2008-2014 through a DAW (Digital Audio Workstation) known as MAGIX; great for Hip-Hop or Electronic Music Producers. He took a hiatus in Spring 2014 to take Music Production classes in college, now he’s prepared to take his newfound knowledge of Mixing, Mastering, Compression and Limiting, and use it to create new music.

With that being said, we’ll finally be able to purchase a DJ controller (the Pioneer DDJ-1000) for Lewis, as he takes on the name Spindraulics in celebration of unlocking this achievement! A new page containing both original music and DJ mixes from Spindraulics (Lewis) will be making its way to the blog January 2019!

Now for a little bit of bad news; we won’t be able to attend Anime Festival Orlando this year, so to our fans who live in Orlando, Florida who follow us on social media, we apologize that we won’t be able to make it this time. This however doesn’t mean that we won’t go to AFO in the future. As for our fan fiction menu (if you haven’t already heard the news), we’ll be removing the current title Sonic Beatdown: Danganronpa Silver, and replace it with Sonic Beatdown: Panty & Stocking with Garterbelt. We’ll keep you updated on when it will be making its way to the blog, and what the story will be about.

Next year we may be temporarily pulling back a bit on convention appearances (only going to about 2-3/year) in order to find new ways to market and advertise what we do (i.e. Reddit, Instagram, and more). This doesn’t mean that we love our fans any less, its just with the rising costs of reliable transportation these days, it’s kinda hard to manage appearances on an out-of-pocket budget. In spite of this we’ll be working on getting sponsorships and figuring out ways to sell our brand merchandise, and (possibly) open up a kickstarter page.

And that ladies and gentlemen, is our updates for today! More filler posts coming soon!