It’s the First Day of Summer, so that means every elementary, middle, and high school kid is now out and about! (And hopefully staying out of trouble.) This also means that the Summer anime convention season kicks off this Friday, so what con will you be heading to? If you’ve gotten the chance to check out our Cons Near U page, you’ll notice that there are a lot of cons out there.

Some of them are small and local while others are bigger and widely known, but out of the many ones that we’ve gone to (and have yet to go to), there are ten in particular that are hosted in a hotel; that we’re hoping you guys get the chance to go to and check out! Here are our Top 10 Hotel-Based Anime Conventions!

The official Home Base convention of D&A Anime Blog! Here you can find panels, voice actors, vendors, cosplay, video games, and us! If you’ve never been to this convention before, it’s ran by a great group of people that we’ve had the pleasure of being a part of; Black Materia Inc.

The con is host to the Hyatt Regency in Baltimore, MD.

Only A. Goldman has hand the chance to attend this awesome convention five years ago, but we’re hoping to one day go together. This anime convention is both a hotel, and a convention center fused into one. Voice actors like Monica Rial, J. Micheal Tatum, and a few others have been guests here, plus you may even find DJ Greg Ayres behind the decks at their late night raves – if you’re lucky! 😉 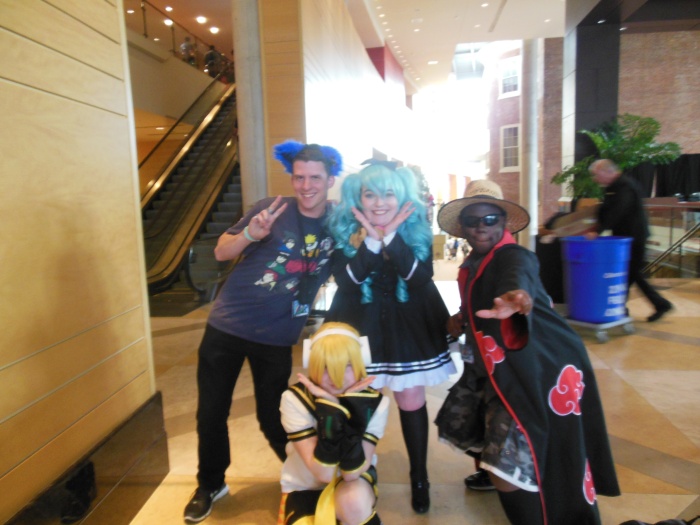 We didn’t make it in 2018, but in 2017 we made our presence known! Zenkaikon is a great place to meet friends, fans, cosplayers, and voice actors. We’re hopeful to return for Zenkaikon 2019, until then we’re just gonna have to wait and see what happens. 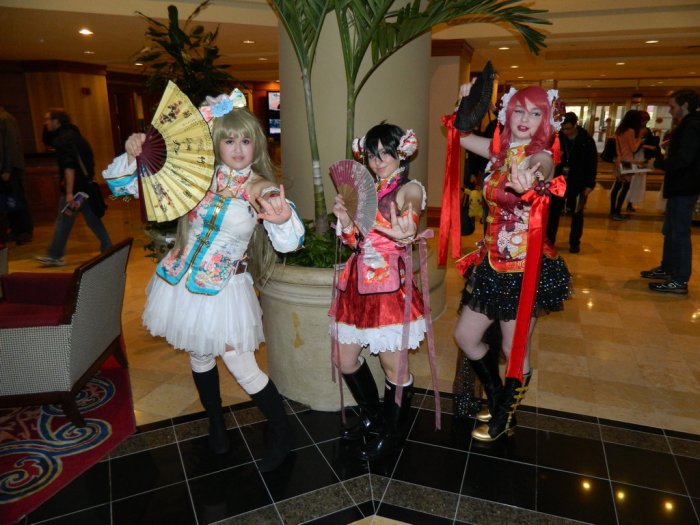 We’ve heard some awesome things about this convention, which is why we’ll be making our first ever appearance here as D&A! A con like this is going to have everything; like Q&A panels, anime, cosplay, dancing, and more! Can’t wait to see you guys there this year! 🙂

We’ve never been to Missouri yet, but we’re hoping to get the chance to go some time soon. This convention (as it’s noted) is an anime, cosplay, and gaming convention; that means those three things are what you’re going to find at a con like this.

This is another convention that we’ll be making our first ever appearance to! If you’re looking for a vacation away from your busy lifestyle, then three days at the Wyndham during AFO (if you’re an anime fan) just might be what you’re looking for.

There’s a lot going on in New York when it comes to conventions, and this one is one you should check out when you get the chance! Make sure you’ve got a lot of money saved up however, cuz’ anything in The Big Apple is not cheap!

This one you’ll find on our Cons Near U page, so if you’ve never gotten the chance to go, then do these three things; save up some money, book a room, and grab your friends!

Another anime convention that you can find on our Cons Near U page! If things go well on our end, we just might be able to make an appearance at this convention. (Fingers crossed of course.)

In a filler post we did awhile back, we talked about our Top 10 geekiest cities in North America. Of course at the end of that post we found out that the city of Atlanta in Georgia, is the geekiest city in the U.S. (Why? We don’t know!) With that being said Anime Weekend Atlanta is one of the most popular hotel-based anime conventions in the ATL. Never gone? Be sure to check it out should the opportunity come about.

Hah! So there you have it! Our Top 10 Hotel-Based Anime Conventions from the good guys at D&A Anime Blog. We’ve got more great filler posts coming up later this week right here on the blog! Stay tuned my friends! 🙂